Creating a poop-free Puget Sound is more important than you might think. According to King County, there are more than 200 tons of pet waste deposited in the Puget Sound region every day, and water runoff flushes some of it into streams, rivers and Puget Sound. Dog poop contains things like E. coli, Giardia and Roundworms – nasty stuff that we don’t want in Puget Sound. The very best thing you can do when walking your dog outside is to bring plastic bags, pick up the poop, and dispose of it in a trash can. Do not contaminate your compost with pet waste. This is one of those rare cases where throwing something away is one of the best options.  Alternatively, you can pick it up and flush it down your toilet.

Our fearless videographer, Laura James, captured the Tox-Ick Monster today at a pipe right off the swimming beach over on Alki.  Her report: “It’s huge and even today with light rains it was absolutely billowing.”

To learn how to reduce polluted runoff, attend one of our upcoming events. 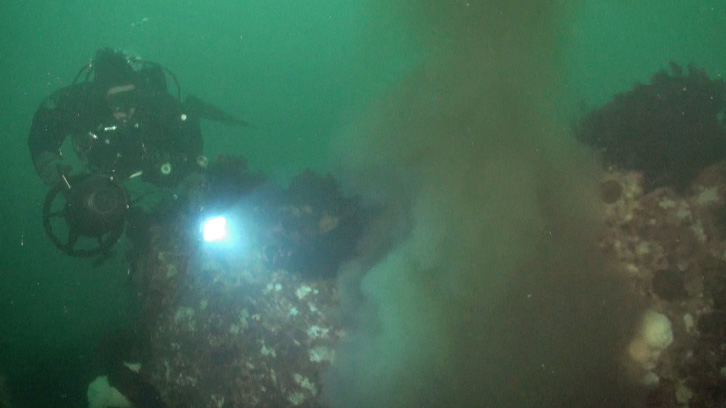 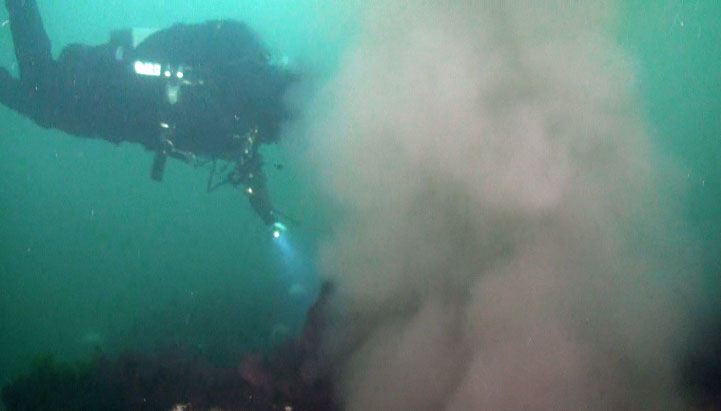 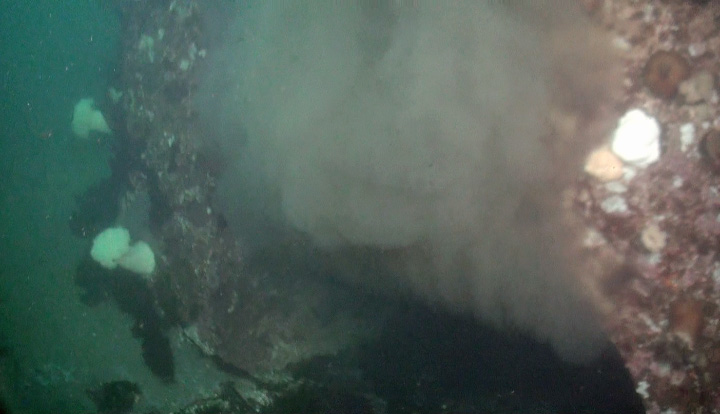 I love living within walking distance of Puget Sound – hearing the fog horns and gulls,
knowing there’s a chance I might see whales or seals.

I want to do what I can to protect this beautiful place. I’ve never been a community
activist, but now feel compelled in that direction. I’ve started bringing
a bag and gloves with me on my walks down to the beach. On my first day, just in the
street, there was enough trash (including lots of cigarette butts) to fill my bag before I had even walked a block from my house. I emptied it four times before I made it to the beach.

It got me wondering: what would motivate people; what do they need to know; and what would make it easier to staunch the flow of plastic into the ecosystem? Of the trash in the gyre now known as the “Great Pacific Garbage Patch”, eighty percent originated on land.

What can we do? Properly dispose of trash, and think of ways to generate less of it in the first place.

Many people think cigarette butts are small and harmless – after all, they look like they’re made of cotton. But they’re actually a kind of plastic called cellulose acetate. A used filter concentrates toxins which will leach out into water.

Plastics photodegrade – breaking into smaller and smaller pieces. We may not be able to see them, but they remain plastic molecules, many of which are hormone disruptors. Tiny pieces of plastic concentrate toxins and become poison pills eaten by fish and entering the foodchain.

Toxins and bits of trash from the streets – straws, cigarette butts, bottle caps, broken
plastic – all wash down the storm drains and (here in West Seattle) directly into Puget
Sound.

It can take years, but currents carry trash out to the North Pacific Gyre. The plastic that
floats is mistaken for food by seabirds. Chicks starve to death with their stomachs full of
plastic bottle caps and lighters.

How about a plastic bottle and plastic lid deposit fee? More problematic because of
potential cleanliness and health issues, what about a cigarette filter/butt deposit?

Do you have some ideas or want to help me launch a litter reduction campaign? Please
contact me at lovelylorax@gmail.com

Witness the beauty of the sea life in Puget Sound and the destructiveness of toxic runoff.  This four-minute video, directed and produced by local filmmaker Eric Becker in coordination with People for Puget Sound, features local diver, Laura James and her encounters with toxic runoff.

If you have more time, Laura’s 16 minute video of underwater footage collected over 1 ½ years will help reconnect you to the magnificent world below the surface of Elliott Bay.